The Los Angeles County District Attorney’s Office said James Lambert Otis was charged with the vandalism count, and was set to be arraigned Friday.

Otis, 52, destroyed the Trump star on Oct. 26 with a sledgehammer and pick-ax — a scene that was recorded by multiple witnesses and posted online.

The star, awarded to Trump in 2007, commemorating the billionaire’s achievements in television, was located on Hollywood Boulevard between Orange Drive and Highland Avenue.

Other stars on the famous walk also honor contributors in the film, music and theater industries. More than 2,500 stars adorn numerous blocks on Hollywood Boulevard and Vine Street.

“I just sort of had enough with Mr. Trump’s aggressive language toward women and his behavior, his sexual violence with women and against women,” Otis told the Los Angeles Times recently. “I’ve had personally, in my own family, four people who have been assaulted or have had sexual violence happen to them. It all became very personal.”

Otis was referring to remarks Trump made while talking with Access Hollywood correspondent Billy Bush during an interview in 2005 — a conversation not meant to be heard, but captured by an open mic during the session.

Otis, of Beverly Hills, said he planned to auction off pieces of the star to raise money for women who claimed they were sexually assaulted by Trump in the past. Police estimated the damage to Trump’s star at around $2,500.

The president-elect, though, has denied accusations that he ever sexually assaulted anyone.

If convicted, Otis could be sentenced to three years in jail. His case remains under investigation by the Los Angeles Police Department. 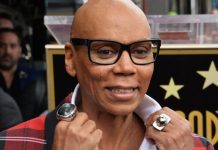 RuPaul Andre Charles gets star on the Hollywood Walk of Fame 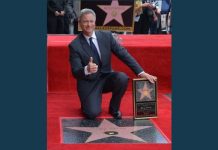 Gary Sinise gets star on the Hollywood Walk of Fame 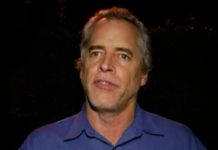 Man who destroyed Trump star ‘proud’ to be arrested