April 22 (UPI) — Astonished residents of a city in the Republic of Georgia captured footage of what appeared to be a man riding in a drone-carried hammock.

Video captured by witnesses in Khashuri shows what appears to be a man lounging in a hammock carried high over the city by a large hexacopter drone.

Onlookers expressed worry for the man’s safety, while others questioned whether it was an actual human in the hammock.

It later emerged the figure in the hammock was a mannequin and the flight had been orchestrated as a publicity stunt by a local business. 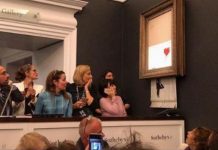 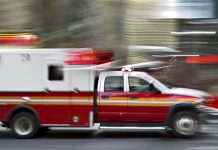