Nov. 25 (UPI) — Music superstar Mariah Carey says she is “on the mend,” but still not ready to begin her Christmas concert tour.

“Doctors have ordered a few extra days of rest before I can finally fly to New York and take the stage for my Christmas Tour,” Carey tweeted Friday. “While this news disappoints me to share, I am grateful to be on the mend and for the support from all of you — it means the world to me! See you from the stage soon darlings!”

Carey, 47, announced earlier this month that she was forced to scrap several planned shows because she had an upper respiratory infection, following the flu.

People magazine said Carey had been scheduled to kick off her tour in Ontario Nov. 17, but is now expected to begin the string of shows in New York Dec. 2. 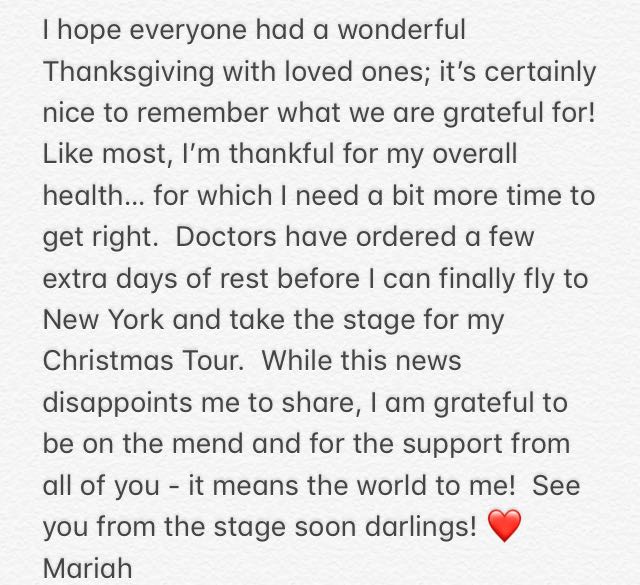 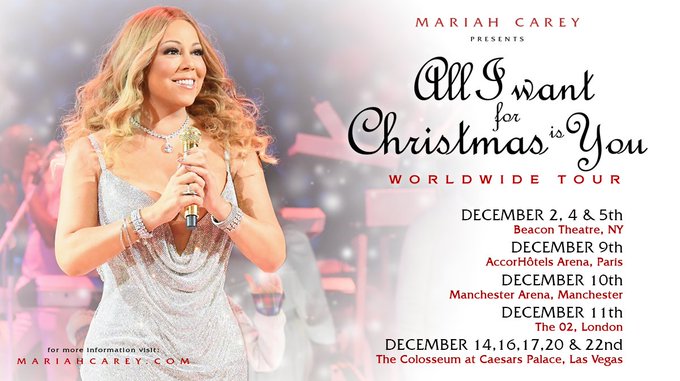