WOODS HOLE, Mass., Aug. 26 (UPI) — Coral reefs make sounds, and researchers believe these noises play an important role in attracting resident algae — the microorganisms that provide coral with nutrients and give them their color.

With coral reefs increasingly under threat from a variety of environmental stressors, including rising temperatures, overfishing and pollution, scientists are desperate to ensure coral have a steady supply of algal inhabitants.

When coral die or expel algae during bleaching events, they must be repopulated.

“How larvae find reefs has been a big question, though,” Max Kaplan, a graduate student in the MIT/WHOI Joint Program in Oceanography, said in a news release. “We think sound may play a role in attracting them, but exactly how far away they can sense those sounds has not yet been accurately measured.”

Unlike human eardrums, which pick up pressure waves, the hearing mechanisms of most marine organisms rely on the detection of particle motion, the physical movements created as sound or pressure waves move through the water.

“Think of it like being at a loud concert — if you’re standing next to a huge speaker, you effectively feel the sound as it vibrates your skin,” Kaplan said. “Fish and invertebrates sense sound in a similar way.”

Some creatures, like squids and octopi, hear using nerves in their skin, while others, like fish, use a tiny bone in their skull.

For the first time, researchers are recording both particle motion and pressure waves produced by coral reefs using a hydrophone and accelerometer.

“We think studying particle motion is a big step to figuring out how larvae find their way to a reef,” said WHOI associate scientist Aran Mooney.

But early test results — detailed in the journal Scientific Reports — suggest particle motion isn’t strong enough to reach more than a few meters from a reef. The surprising findings suggest sound may play a more important role in informing algae where on a reef to settle.

Scientists plan to continue studying the phenomenon, with hope that their findings might help conservationists use sound to attract algal residents to struggling reefs.

“You’d have to boost sound levels by quite a bit to get the response you want, but it could be one solution,” said Kaplan. “If we can figure out the hearing threshold of each species’ ability to sense particle motion, we might be able to amplify that motion to make it audible to them at a distance.” 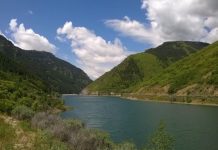 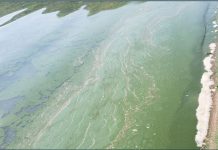 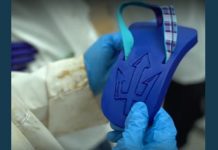