Jan. 6 (UPI) — U.S. Defense Secretary Mark Esper said Monday that the United States has not decided whether to remove troops from Iraq.

Esper’s comments came amid reports of a U.S. Army memo seeming to tell military officials in Baghdad that U.S. forces were being repositioned to prepare for an exit from the country after the Iraqi government called for U.S. forces to be dispelled.

Iraq’s parliament voted unanimously in a non-binding resolution to do so Sunday, prompting Trump to threaten sanctions.

“If they do ask us to leave, if we don’t do it in a very friendly basis, we will charge them sanctions like they’ve never seen before ever,” he said. “It’ll make Iranian sanctions look somewhat tame.”

Esper confirmed that the United States is repositioning forces throughout the region but added that the letter is “inconsistent of where we are right now.”

“There’s been no decision whatsoever to leave Iraq,” he said.

On Sunday, House Speaker Nancy Pelosi announced the House will vote on a War Powers Resolution to “limit the president’s military actions regarding Iran” after he ordered the drone killing of top Iranian general Qassem Soleimani.

“In my view, the president does not — does not — have authority to go to war with Iran,” he said. “The American people need clarity that the Trump administration has a plan, not just a tweet, a plan to keep our troops, our nation and our people safe.”

Senate Republican Leader Mitch McConnell decried the partisan divide on the issue, saying Democrats “downplayed Soleimani’s evil while playing up our own president as a villain.”

“Unfortunately, in this toxic political environment, some of our colleagues rushed to blame our own government before knowing the facts, rushed to split hairs on intelligence before even being briefed on it,” McConnell said on the Senate floor.

The U.S. credit rating agency Moody’s said Monday that a protracted conflict between the United States and Iran would “significantly worsen” the economic prospects of the Middle East.

In issuing a credit outlook for the Middle East, Moody’s warned that rising tensions in the region, could pose a serious risk to its economic security.

The agency said it still is operating under the assumption that as a base case, the United States and Iran “will avoid an outright military conflict.”

“However, the risks have markedly increased in the past few days,” it said.

Indeed, Moody’s noted, a “lasting conflict would have wide-ranging implications through broad economic and financial shock that significantly worsens operating and financing conditions.”

A protracted conflict, it warned, “would potentially have global repercussions, in particular through its effect on oil prices.”

Safe-haven investments such as gold and crude oil futures continued to surge Monday. Benchmark Brent crude futures reached $70.72 early in Monday’s session, up 1.28 percent, before falling back below the $70 mark to $69.49.

The crude oil price spikes came after a 3 percent surge on Friday in the wake of the Soleimani slaying.

Traders were weighing comments made by U.S. President Donald Trump on Sunday night in which he said the United States would impose sanctions on Iraq should it seek to expel foreign troops from the country.

Iraq is the second-largest producer among the Organization of the Petroleum Exporting Countries. 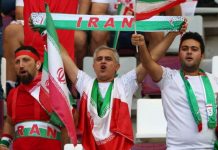 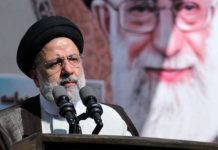 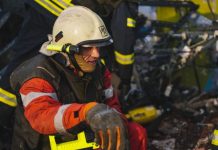