Jan. 8 (UPI) — Stocks closed at record highs Friday amid hopes for another round of stimulus funds even as the U.S. Labor Department posted disappointing jobs data.

Coca-Cola boosted the Dow with a 2.2% bump, and Tesla helped the Nasdaq with a 7.8% increase.

The increases came despite the U.S. government reporting a loss of 140,000 jobs during December amid the economic fallout of the COVID-19 pandemic. Analysts had expected a gain of 50,000 jobs last month.

The unemployment rate was unchanged at 6.7%, largely in line with analysts’ estimates.

But with the impending inauguration of President-elect Joe Biden and a Congress now fully controlled by Democrats, the markets may be benefiting from investors’ hopes for a new round of stimulus legislation.

Biden has promised to push for $2,000 stimulus checks for individuals, though Sen. Joe Manchin, D-W.Va., has indicated he would only support such a measure if payments were limited to people who really needed them, according to The Washington Post. 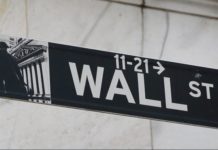 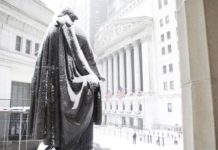