May 7 (UPI) — Republican Maryland Gov. Larry Hogan will sign a law that gives free tuition to community college students in the state, his spokeswoman said.

“Since taking office, the Hogan administration has been committed to increasing access to quality, affordable higher education for Maryland students,” Hogan’s spokeswoman, Amelia Chasse, said in a statement. “The governor remains committed to helping more students achieve their educational goals and looks forward to signing this bill into law.”

The legislation sets aside $15 million per year for scholarships with students getting up to $5,000 for community college tuition. To be eligible, students will need to have at least a 2.3 high school grade point average, be enrolled in at least 12 credit hours, and come from a household that makes less than $100,000 per year for a single parent and $150,000 for two parents.

An additional $2 million per year over the next five years will be put toward scholarships for older students in need of financial aid who are close to finishing their degrees, the Baltimore Sun reported.

“This investment is going to pay dividends for everyone in our state,” Maryland state Sen. William C. Smith Jr. said in April when the legislation was passed. “It’s a fantastic start.”

Maryland will become the third state to offer free tuition at community colleges, after Tennessee and Oregon. 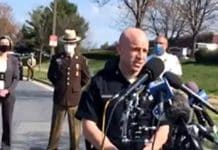 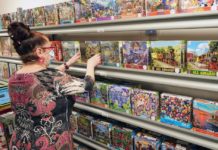