Aug. 3 (UPI) — A judge on Thursday handed down a 15-month prison sentence to a Massachusetts woman convicted of involuntary manslaughter for sending a barrage of text messages that led to her boyfriend’s suicide.

Carter was convicted June 16 in Bristol Juvenile Court in a case that could have broad implications for how prosecutors and judges address criminal intent in the age of instant communication and ubiquitous social media engagement.

Carter was 17 when she sent Roy a barrage of text messages and phone calls encouraging him to follow through on threats he had made to kill himself. When police found Roy’s lifeless body in the cab of a pickup filled with carbon dioxide in a Kmart parking lot, it was initially treated as a suicide.

Investigators uncovered dozens of text messages and phone calls from Carter encouraging Roy to follow through on the action, including telling him to get back in the truck when he had second thoughts.

Prosecutors presented the case to a grand jury, which voted to indict Carter on a count of involuntary manslaughter.

“This court finds that instructing Mr. Roy to get back in the truck constituted wanton and reckless conduct by Ms. Carter, creating a situation where there is a high degree of likelihood a high degree of harm would result to Mr. Roy,” Moniz said while reading the verdict in June.

Carter’s defense attorney argued Roy was suffering from depression and had demonstrated suicidal behavior before, meaning it was the victim’s mental illness — not Carter’s messages — that caused his death.

“How could Michelle Carter behave so viciously and encourage my son to end his life?” he asked. “Where was her humanity? In what world was this behavior OK and acceptable?”

The ruling marks the first time a case of cyberbullying has resulted in a homicide conviction because of a victim’s suicide. If upheld, it could constitute a major shift in how courts view actions in the digital age.

The American Civil Liberties Union of Massachusetts, which argued against Carter’s prosecution, said there is no criminal statute against encouraging someone to kill themselves.

“There is no law in Massachusetts making it a crime to encourage someone, or even to persuade someone, to commit suicide. Yet Ms. Carter has now been convicted of manslaughter, based on the prosecution’s theory that, as a 17-year-old girl, she literally killed Mr. Roy with her words. This conviction exceeds the limits of our criminal laws and violates free speech protections guaranteed by the Massachusetts and U.S. constitutions,” ACLU of Massachusetts legal director Matthew Segal told CBS News Boston.

Segal went on to argue such prosecutions could also have a chilling effect on families discussing end-of-life matters with sick or dying relatives. 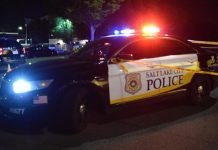