Feb. 2 (UPI) — Massachusetts’ law banning the purchase and possession of bump stocks went into effect Thursday, making it the first state to enact such legislation since the devices, which increase a gun’s rate of fire, were used in a deadly attack in Las Vegas.

The shooting sparked debate over whether bump stocks should be legal. Federal law says civilians are not allowed to own fully automatic weapons made after 1986.

Starting Thursday, anyone who possesses, sells or attempts to sell devices to increase the fire rate of a firearm — including trigger cranks — faces criminal prosecution. Those convicted face three to 20 years in prison.

California and New York had already banned the devices prior to the shooting, and New Jersey passed a law in January.

On the federal level, the Department of Justice in December began a reviewof the legality of bump stocks, a move backed by the National Rifle Association.

The department and the Bureau of Alcohol, Tobacco, Firearms and Explosives began a rule-making process to interpret the definition of “machine gun” under federal law and determine whether bump stocks can be classified within that definition.

“Possessing firearm parts that are used exclusively in converting a weapon into a machine gun is illegal, except for certain limited circumstances,” Attorney General Jeff Sessions said last month. “Today we begin the process of determining whether or not bump stocks are covered by this prohibition.” 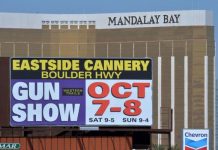 DoJ proposes banning bump stocks, like those Vegas shooter had 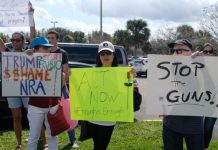