Researchers estimate the likely break will set free as much as 3,100 square miles of ice, or nearly 2 million acres.

“We use regular satellite images provided by the European Sentinel satellites to monitor cracks in the ice shelf,” Andrew Fleming, remote sensing manager at the British Antarctic Survey, said in a news release. “These images are perfect for following these changes since they provide detailed information, day or night and regardless of cloud cover.”

Because of the ice shelf’s current instability, researchers have been conducting their work from afar, taking regular survey trips in a Twin Otter aircraft. Instruments above and below Antarctica’s ice shelves allow scientists to monitor the conditions surrounding Larsen C.

Data collected before and after the expected rift will help scientists develop models to better predict when and why icebergs calve from ice shelves.

“The calving of this large iceberg could be the first step of the collapse of Larsen C ice shelf, which would result in the disintegration of a huge area of ice into a number of icebergs and smaller fragments,” explained David Vaughan, a glaciologist and the director of science at the British Antarctic Survey.

The disintegration of ice shelves doesn’t directly contribute to sea level rise, as they are floating in the ocean water already. But because they act as a buffer between the ocean and grounded glaciers, scientific models suggest their losses can accelerate glacial melting farther inland.

In 2015, scientists with the British Antarctic Survey observed the breakup and separation of a massive iceberg from the Pine Island Glacier, one of two major glaciers that form the West Antarctic Ice Sheet. 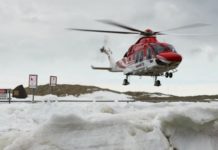 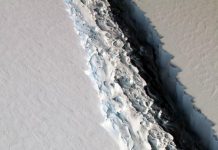 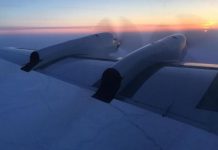