June 6 (UPI) — Mayors across the United States have said they are “pissed off” at gun control impasses at the state and federal level while another weekend of mass shootings left dozens dead and wounded.

Mayor Greg Fischer of Louisville, Ky., was among more than 170 mayors who traveled to Reno, Nev., over the weekend for a meeting of the U.S. Conference of Mayors.

He said that mayors from both major political parties are frustrated at impasses over gun control measures at the state and federal level.

“We’re working so hard every day to make our cities safe. And there’s actions that could be taken at the federal level, or state level in many of our cases. But for those of us in red states, we’ve almost given up on state action.”

In Philadelphia, at least three people were shot dead and 11 others were injured Saturday when “several active shooters” opened fire in the city’s South Street entertainment district.

“Once again, we see lives lost and people injured in yet another horrendous, brazen and despicable act of gun violence,” Philadelphia Mayor Jim Kenney, a Democrat, said in a statement Sunday.

“Our city and country have experienced a steep rise in gun violence over the past few years. We’ve spent these years grappling with this epidemic — doing everything not only to stop it but to try to understand why the violence continues — it’s senseless, needless and deeply troubling.”

Six of the seven injured in the South Carolina shooting were under age 18.

“Seems we can’t go a day without another mass shooting. This time, it’s Phoenix, at 10th Ave & Hatcher. Time has run out. Change must happen now,” Phoenix Mayor Kate Gallego, a Democrat, said in a tweet on Saturday.

Another three people were killed and 17 others were injured early Sunday in a shooting near a bar in Chattanooga, Tenn.

Democrats lead most large U.S. cities and have long called for further gun control measures to combat gun violence in their communities.

Republican lawmakers at the state and federal levels have criticized Democratic mayors for the number of gun crimes that happen in their cities, without accounting for the size and density of such cities or other factors like the lack of effective state and federal gun control measures.

Data from the Gun Violence Archive, a not-for-profit corporation that tracks gun-related violence in the United States, shows that mass shootings also happened in Texas, Georgia, New York and Michigan over the weekend.

Those shootings came as the United States reels from mass shootings last month at a Tops grocery store in Buffalo, N.Y., and at an elementary school in Uvalde, Texas.

“There’s really three parties in the United States: Republicans, Democrats and mayors,” Chattanooga Mayor Tim Kelly, who does not identify with either party, told CNN on Monday.

Jerry Dyer, the Republican mayor of Fresno, Calif., who served as police chief before becoming mayor, is one of the mayors of his party who have called for a range of gun restrictions.

“When people start saying things from the left and the right, that creates such a divide that nothing gets done,” Dyer told the Times.

“It isn’t until the emotion passes that reasonable minds can come together. But by then, the sense of urgency is left, and then nothing gets done.”

Meanwhile, Republican politicians who back gun control are often pressured into aligning with the party’s stances against gun control measures.

On Friday, Rep. Chris Jacobs announced he will not seek re-election to the U.S. House after backlash from fellow Republicans for expressing support of gun control measures in the wake of the mass shootings in Buffalo and Uvalde.

Jacobs, whose district includes suburban Buffalo, stunned his colleagues when he said he would support banning access to semiautomatic rifles like AR-15s, raising age limits to purchase firearms to 21 and restricting magazine capacity.

“No constitutional right is unlimited,” Jacobs said at the time, adding that he would introduce a bill that would restrict who can purchase body armor.

Jacobs, who served as Erie County clerk, clarified Friday that he supports the Second Amendment and noted that he had issued thousands of gun permits in his previous role.

“Last Friday, I made remarks before the press regarding my support of some gun control measures,” Jacobs said Friday. “Since that time, every Republican elected official that endorsed me withdrew their endorsement as did many Republican committees.” 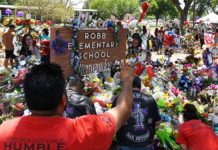 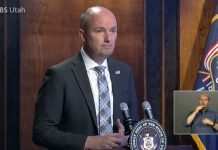