The defective Takata air bags inflators have exploded in some vehicles, sending metal pieces into the passenger cabin.

The defect has led to the largest recall in automotive history, affecting roughly 100 million vehicles around the world.

More than 20 deaths in the United States, Malaysia and Australia have been tied to the Takata recall, in Honda Civics, Accords, Citys and CR-Vs; Acura TLs and the 2006 Ford Ranger.

In the United States, deaths from the explosions have been reported in California, Louisiana, Florida, Pennsylvania, West Virginia, Virginia, Texas and South Carolina. 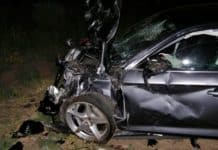