March 30 (UPI) — McDonald’s announced Thursday it will switch to fresh beef Quarter Pounder paddies instead of using frozen meat at most restaurants by the middle of next year.

McDonald’s, the nation’s largest fast-food chain, is following the practice of its rivals — including Wendy’s and In-N-Out — to use fresh beef for its one of its signature menu items. The company said in an announcement that its burgers were already 100 percent beef with no filler.

“We’ve been serving the burger we serve since 1973, and now we’re changing it,” McDonald’s U.S. president Chris Kempczinski told Fortune. “That is big.”

The company said nutrition will remain the same but the burgers should taste better.

“When you’re cooking a fresh patty on the grill, you need to cook it less,” Kempczinski said to USA Today. “Faster cook time on the grill means you have better flavor retention and it comes right off the grill and is delivered to the customer. Besides the perception, there are other associated benefits.”

McDonald’s, based in Oakbrook, Ill., tested Quarter Pounders using fresh beef in 325 restaurants across the Dallas/Fort Worth, Texas, area and 77 restaurants in Tulsa, Okla.

“We received overwhelmingly positive feedback from customers and employees and we’re proud to have been part of a test that is creating a watershed moment for McDonald’s,” said McDonald’s Dallas/Fort Worth Franchisee Joe Jasper in a release. “This test was driven by the franchisees, our region and insights from what our customers are asking for when they visit McDonald’s.”

The product will ultimately be available in all states except Alaska and Hawaii.

McDonald’s ultimately plans to use fresh beef for its other products.

“The Quarter Pounder is a premium burger for us,” Kempczinski said to USA Today. “It’s where we have most demanding customers.”

In 2015, McDonald’s increased the Quarter Pounder’s uncooked weight from 4 ounces to 4.25 ounces.

McDonald’s stopped updating the number of burgers sold on its signs in 1993 at 99 billion and now advertises it as “Billions and billions served.” It sells about 6.4 million hamburgers every day, according to Business Insider in 2011.

The changes follow other changes, including all-day breakfast, cage-free eggs by 2025, chickens not treated with antibiotics and artificial preservatives removed from several menu items

“Today’s announcement is part of a continuing food journey for McDonald’s,” Kempczinski said in a relese.

“Over the last two years, we have accelerated the pace of change around how we source and serve our food. Delivering fresh beef that’s prepared when our customers order their food is just another example of how we are raising the bar. We’re just getting started, and can’t wait to show you what’s next.” 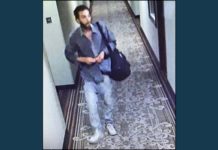