“We are devastated and demolished to be without him,” a statement from Jamie Raskin and his wife, Sarah Bloom Raskin, released Thursday said.

Tommy, who is survived by sisters Hannah and Tabitha, was a second-year student at Harvard University Law School and had graduated from Amherst College, the family said.

“Tommy was pure magic. His brilliance and compassion knew no bounds,” the family said. “He passionately loved his family, friends, and animals, and was devoted to the cause of the global poor,” the family said.

“Like his mother and father, Tommy was dedicated to making our world a better place by lifting up the most vulnerable amongst us,” said Howard County Executive Calvin Ball in a statement. “From working on Middle East policy at the Friends Committee on National Legislation to the rigors of Harvard Law school, this young man was destined to do great things nationally and abroad.”

Ball continued: “Losing a child is an unthinkable tragedy and on behalf of the Howard County residents, our prayers are with the Raskin family as we wish them strength over the days, weeks, and years ahead to overcome such a devastating loss.”

Maryland Sen. Ben Cardin wrote that he was “sharing love and prayers.”

“Team Maryland is with you always,” he added.

Sharing love and prayers tonight for @RepRaskin and his family. Team Maryland is with you always.— Senator Ben Cardin (@SenatorCardin) January 1, 2021

Maryland Gov. Larry Hogan on Twitter, along with First Lady Yumi Hogan, extended their deepest sympathies to the Raskin family.

The First Lady and I extend our deepest sympathies over this heartbreaking loss. I ask all Marylanders to keep the Raskin family in your prayers. https://t.co/d5asbOartf— Governor Larry Hogan (@GovLarryHogan) January 1, 2021

No cause of death was given. The family said funeral services were being planned. 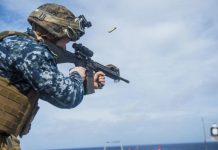