Jan. 12 (UPI) — Megyn Kelly has officially parted ways with NBC News, agreeing to be paid the rest of her $69 million three-year contract signed two years ago.

Since then, both sides have negotiated over parts of her long-term contract. Kelly reportedly will be paid around $30 million, according to sources with NBC and CNN.

“The parties have resolved their differences, and Megyn Kelly is no longer an employee of NBC,” the network said Friday night.

She will be subject to an industry-standard nondisparagement clause, which prevents what she can say about working at NBC. But she reportedly is not subject to a noncompete clause in her contract.

On Thursday, she said “you will definitely see me back on” when approached by celebrity photographers in New York City.

In January 2017, she left Fox News after 12 years, including serving as a prime-time host and co-anchor of political coverage. Kelly joined the cable network after serving as a corporate attorney.

At NBC several months later, she hosted a Sunday evening news magazine and later added the 9 a.m. hour of the Today show in September 2017.

“Sunday Night with Megyn Kelly” drew poor ratings and ended a short run in the summer of 2017.

Since her departure from the third hour of “Today,” her show has been replaced by rotating anchors Dylan Dreyer, Sheinelle Jones, Craig Melvin, Al Roker and others. Their ratings were an 18 percent increase from her average audience of 29 million.

Roker and Melvin, who are both African American, criticized her blackface comments. And NBC News Chairman Andy Lack condemned Kelly’s comments at a town hall.

She apologized on her show the following day, saying “the country feels so divided and I have no wish to add to that pain and offense.” But she didn’t appear on the network again, and three days after her blackface remarks first aired, NBC announced that it had canceled the show. 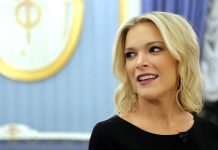 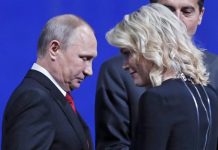 Putin: ‘I didn’t even really talk’ to Flynn during dinner 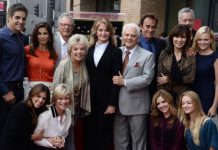