BETHESDA, Md., Dec. 30 (UPI) — A memory drug developed by the National Institutes of Health and Tetra Discovery Partners that may help treat or prevent cognitive disorders has been moved into a small clinical trial, the agency announced in a press release.

The drug, BPN14770, is aimed at improving a biochemical pathway responsible for memory and nerve synapse formation in the brain, unlike many drugs targeting the buildup of amyloid plaques that contribute to the development of Alzheimer’s disease and other cognitive disorders.

BPN14770 is the first drug to make it out of the NIH’s Blueprint Neurotherapeutics Network, which pairs scientists developing molecules with medical application with companies that have experience developing them into usable, marketable drugs.

“Most current Alzheimer’s disease drug development is focused on amyloid targeted approaches, which even if successful are likely to be more effective when used in combination with drugs addressing other mechanisms of the disease. The PDE4 biochemical pathway of memory and nerve synapse formation targeted by BPN14770 is well documented.”

Researchers will recruit 48 healthy volunteers to test the safety, tolerability, and pharmacokinetics of the drug in the body. Based on the results of the Phase 1 trial, the researchers will mount a multiple ascending dose study with young and elderly participants to begin assessing the short- and long-term effects of the drug.

“Researchers have shown great interest in exploring how boosting synapse formation can potentially benefit not only Alzheimer’s disease but also other cognitive disorders such as schizophrenia and learning/developmental disabilities, such as Fragile X syndrome,” Reines said. “We greatly look forward to advancing our clinical studies of BPN14770 to understand its potential in treating these serious neurological conditions, which represent enormous unmet medical needs.” 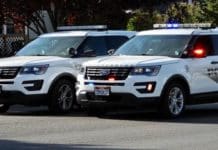 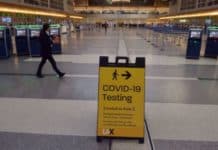