Some $18 million will go toward promoting baseball and its players, the newspaper said. A former San Diego Padres player, hired to bolster baseball, has an office in government palace.

That allocation, approved in February, is six times bigger than a program to support working mothers and about double the funding of programs to prevent violence against women, the newspaper added.

According to a report by Enfoque Radio on March 4, Lopez Obrador has assigned about $26 million in total, but only focused on three disciplines: baseball, boxing and athletics.

“Not all of it is baseball. Most of it is in baseball,” 65-year old Lopez Obrador said at the time, reported Enfoque, which cited a controversy because the funding was too focused on baseball.

Lopez Obrador told reporters in 2012, when he was in an earlier political campaign, that he felt passion for baseball since he was a child and invited reporters to watch him play, Milenio reported. He has said he likes the St. Louis Cardinals.

In February, Lopez Obrador accepted the role as Global Ambassador of Baseball, following a meeting with World Baseball Softball Confederation President Riccardo Fraccari at the National Palace in Mexico.

Lopez Obrador had run a presidential campaign emphasizing austerity. He has acted to reduce costs, including a decision to sell the presidential plane and travel on commercial flights.

While critics have said hiking baseball spending may not be austere, backers of the baseball programs have supported the move and said it could help reduce high crime rates plaguing the country. 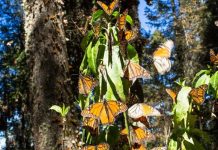 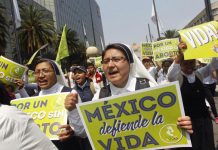