MEXICO CITY, July 10 (UPI) — Mexican President Enrique Peña Nieto was clear and blunt in his view of Donald Trump‘s proposed wall on the U.S. and Mexican border: There’s no way his country is paying for it.

Nieto told CNN’s Fareed Zakaria in an interview that appeared Sunday, that his country is always willing to work with whomever is president of the United States, but there are things Mexico will not do.

“Any decisions inside United States is a decision of its government,” Nieto said. “There is no way that Mexico can pay [for] a wall like that.”

Nieto also took issue with Trump’s characterizations of Mexicans that Trump used to kick off his presidential campaign, saying he “cannot agree with such a generalization for Mexicans” being rapists, drug dealers and criminals.

There are criminals in every country and “we need to fight and apply the full extent of the law” in bringing those people to justice.

But the Mexican president emphasized that a good relationship between the U.S. and Mexico helps both countries.

Despite political rhetoric, the Pew Research Center has found that Mexican migration to the United States has dramatically dropped off in the last decade and has migration is from Central American countries continues to increase. 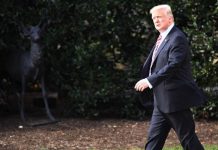 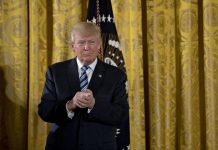 Trump to meet with leaders of Mexico, Canada to start NAFTA renegotiation 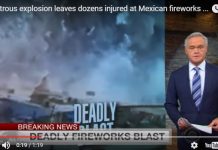