A search was conducted after the pilot reported the object floating about 43 miles northwest of the French island off the coast of Madagascar. The pilot was flying at an altitude of nearly 10,000 feet and authorities believe the object must have been “voluminous” if the pilot saw it at that height, according to Siva Vadivelou, assistant director of the French Civil Aviation Authority on Reunion.

A merchant ship was diverted to the area and another aircraft was flown at a lower altitude, but the object could not be found.

The Boeing 777 disappeared March 8, 2014, after leaving Kuala Lumpur, Malaysia, en route to Beijing with 239 people on board. During the flight, the plane turned off course over the Indian Ocean between Malaysia and Vietnam. Investigators are unsure why the plane went off route.

Since the plane’s disappearance, most authorities have hypothesized that the aircraft veered off course and crashed somewhere in the Indian Ocean. Experts have previously said the debris’ arrival — more than 2,000 miles away on Reunion — is consistent with that theory. 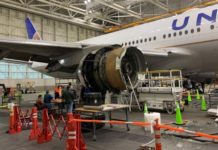 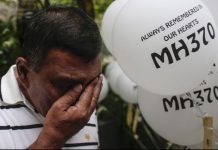 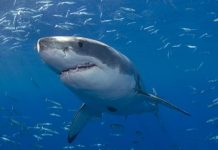