Jan. 15 (UPI) — Former national security adviser Michael Flynn asked a federal judge on Tuesday to withdraw his guilty plea, stating prosecutors broke the agreement for his cooperation when they requested he receive jail time instead of probation.

Flynn, who advised President Donald Trump on national security early in his tenure, pleaded guilty in December 2017 for making a false statement to the FBI as part of former special counsel Robert Mueller’s high-profile investigation into Russian meddling in the 2016 presidential election.

The Justice Department had originally requested probation for his cooperation with investigators but urged a Washington, D.C., judge on Jan. 7 to sentence him to six months in prison due to seemingly being unrepentant of his crimes.

In the court filing Tuesday, Flynn’s lawyers cited the government’s “bad faith, vindictiveness and breach of plea agreement” for the decision to withdraw his plea.

His defense states Flynn spent hundreds of hours cooperating with the government and provided it with thousands of documents that “so satisfied” the Justice Department it filed a motion requesting he receive probation for his crime.

Flynn’s lawyers said the government is “obligated to uphold its side of the bargain” it made when their client agreed to the plea deal, and failing to do so is grounds for his plea to be rescinded.

“The prosecution seeks to rewrite history and send Mr. Flynn to prison,” Flynn’s lawyers wrote in the filing. “This about-face places the government in breach of the plea agreement.”

Prosecutors reversed the decision to seek jail time last week, stating given the “serious nature” of Flynn’s crime and his “apparent failure to accept responsibility” the government needed to imprison him to “promote respect for the law and adequately deter such criminal conduct.”

Flynn was originally scheduled to be sentenced in mid-December, but the hearing was delayed until Jan. 28 to allow for the release of an inspector general report on the FBI’s Russia investigation. The report, released Dec. 9, determined there was no evidence to suggest bias against Trump but found “significant concerns” with how the FBI ran the case.

In Tuesday’s court filing, Flynn’s defense requested sentencing be delayed until Feb. 27 to allow time for the government to respond to the withdrawal of their client’s guilty plea and for Flynn to be provided with “additional briefing he needs to protect the record and his constitutional rights in light of significant developments in the last 30 days.” 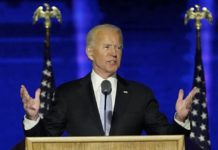