MARQUETTE, Mich., Sept. 15 (UPI) — A man in Michigan’s Marquette County has been diagnosed with the state’s first documented case of the bubonic plague.

The adult male patient was recovering after contracting the disease, possibly during a trip to Colorado. The Michigan Department of Health and Human Services confirmed the diagnosis Monday, bringing the total number of plague cases in the United States in 2015 to 14.

The agency also said that because the man returned from his Colorado trip already displaying symptoms — the most notable of which are swollen, painful lymph nodes that usually appear in the groin, armpit or neck — the plague may not have spread to Michigan.

The man’s disease did not develop into the more contagious pneumonic plague, which the Centers for Disease Control and Prevention noted can be passed between humans and cause rapid respiratory failure.

Colorado has experienced two deaths — one adult and one teen — as a result of the plague this year. The teen had a septicemic form of the illness, which happens when the plague is replicated multiple times inside an individual’s bloodstream and causes shock, organ failure and death.

Despite the mass episode of deaths caused by the disease during the Middle Ages, the plague is less deadly in modern times if detected early. Treatment with antibiotics and antimicrobials can eradicate the illness.

The plague is a rare disease, with an average of seven cases reported across the United States each year. The reason for the increase in contractions this year is unknown. 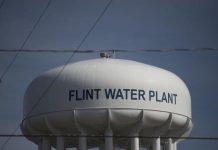