The crash involving two T-38 Talon jets happened at about 9:10 a.m. There were two people on board each aircraft at the time.

Vance Air Force Base officials didn’t offer details on the status of the other two service members.

Officials were investigating the cause of the incident. 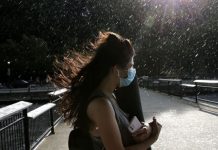