As of this week, the U.S. Department of Agriculture had paid $184 million on nearly 2 million acres of unplanted land, with the money coming from federally subsidized crop insurance, which covers “prevented planting,” when a farmer is unable to plant due to weather or other events out of their control.

Farmers buy such plans every year from private insurance companies, but they are underwritten and controlled by USDA. The insurance plans cover several types of crop losses.

The number of “prevented planting” insurance claims is expected to rise substantially in the next few weeks. Agriculture Undersecretary Bill Northey has predicted unplanted acres could exceed 10 million.

“Around this area, it is unbelievable how much prevented planting there is,” said Rodney Weinzier, the executive director of the Illinois Corn Growers Association. “It is far more widespread than it’s been in the past.”

There is fierce debate among the farm community as to just how many acres were made unplantable by this spring’s historic Midwest flooding. A July USDA report indicated the unplanted area was below 5 million acres for corn and soybeans.

The USDA’s findings did not match industry estimates, so many in the farming industry did not believe the report, and the USDA warned that the number might not be accurate. The figures were based on estimates collected in June during a time farmers still hoped to plant many millions of acres.

The agency plans to resurvey farms this month and will update the report later this summer.

In the meantime, insurance claims may offer a clearer picture. The deadline for farmers to submit those claims is July 22.

“It is still too early to know what the total prevented planting losses will be in 2019,” said Justin Fritscher, a USDA spokesman.

For the farmers who receive “prevented planting” insurance payments, it will be a tough year, Weinzier said. The claims cover about half of what a farmer would have made had he been able to plant.

The crops’ value is determined by averaging the farm’s previous yields and incomes.

The amount received from prevented planting insurance will usually come close to covering overhead costs that a farmer faced whether he plants a crop or not, Weinzier said. These are expenses like land rentals, fertilizer, tractor payments, unplanted seed and cover crops.

“So even though the payments to someone not familiar with farming looked large, they didn’t make any money from it,” Weinzier said. “Crop insurance is only meant to offset your loss to the degree that you’re not hurt so severely that you can’t farm next year.” 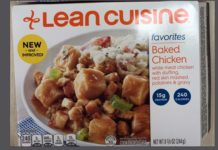 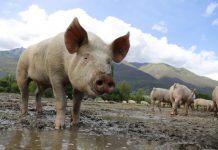 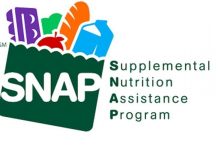