GREENVILLE, Miss., Nov. 2 (UPI) — Law enforcement officials are investigating a fire at a historic black church in Mississippi as a hate crime after the building was torched and vandals spray-painted the words “vote Trump” on the outside.

Greenville, Miss., mayor Errick Simmons said Wednesday the matter had been referred to state and federal officials who are assisting local law enforcement with the investigation.

Simmons called the incident a “hateful and cowardly act” that harkened back to the state’s history of racial animus — a history the mayor, who is black, said should not be repeated.

Greenville Police Chief Delando Wilson told reporters the department had potentially identified one person of interest in the case, but does not have a suspect or anyone in custody.

The Rev. Carolyn Hudson, leader of the 111-year-old Hopewell Baptist Church that was targeted, said there was no indication prior to the fire they would be the target of violence.

“Our church was a historic church that has been there for over 111 years,” Hudson said. “This has left our hearts broken, but we are strong together … Y’all continue to pray for us.”

Greenville is a city of 34,000 in the Mississippi delta and has a large black community. Simmons said there have not been many incidents of racial tension there in recent years.

A Go Fund Me page created by supporters to help rebuild the church after the fire has already received more than triple its $10,000 goal as of Wednesday afternoon. 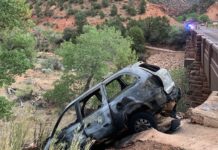 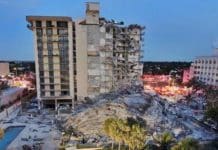