Aug. 29 (UPI) — The Mississippi Supreme Court has ordered a new trial for a death row inmate convicted of murder based on bite-mark evidence, a technique that has since been discredited.

Eddie Lee Howard Jr., 67, has twice been convicted for the 1992 rape and murder of 87-year-old Georgia Kemp in Lowndes County. His lawyers said his 2000 conviction was based on testimony from dentists who said that marks on Kemp’s body matched Howard’s teeth.

Since the trial, though, the American Board of Forensic Odontology has revised its guidelines to prohibit dentists from testifying on bite-mark evidence and said such evidence isn’t enough to reliably identify a perpetrator.

“This, along with new DNA testing and the paucity of other evidence linking Howard to the murder, requires the court to conclude that Howard is entitled to a new trial,” the state’s high court said in its Thursday ruling.

The Mississippi Innocence Project, which worked on Howard’s case, said he was one of four people convicted of capital murder based on the forensic work of Drs. Steven Hayne and Michael West. One of the others, Levon Brooks, was exonerated after serving several years of a life sentence in 2008.

“Mr. Howard’s conviction has now been reversed twice by the Mississippi Supreme Court. In all, the case has been to the court five times,” said Tucker Carrington, one of Howard’s lawyers. “Mr. Howard has been in prison for almost 30 years, almost all of that time on death row, slated to be executed. It’s now time to bring this case to an end — and to close another door on a disastrous era of injustice in this state.” 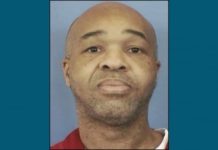