The senator from Kentucky said he was briefed by legislative affairs director Eric Ueland about White House plans to draft a proposal aimed at curbing gun violence in the United States.

“These horrendous shootings, in my opinion, deserve a response. I hope we can get something that can actually become the law of the United States of America,” he said.

He added that he would await the reveal of Trump’s plan before moving forward with any action in Congress or explaining how he would vote on the issue.

“We’re waiting for something we know if it passed would actually become law and until the White House gives us some indication of what the president is willing to sign, we’re waiting to see what it looks like,” McConnell said.

McConnell also dismissed calls by Senate Democratic leader Charles Schumer and House Speaker Nancy Pelosi to take up a gun control measure that passed through the House as a political stunt.

“For months, what I have said consistently is ‘let’s see if we can actually make a law here.’ And making a law when you have divided government is challenging,” he said. “My members know the very simple fact that to make a law you have to have a presidential signature.”

Schumer said the Senate is ready to debate on gun control, including the House-passed bill that would expand background checks.

“We have to have strong background check laws to prevent guns from falling into the wrong hands in the first place,” he said. “Enough is enough. It’s time to pass the bill now.”

Pelosi also renewed the call for a Senate vote on the bill, citing McConnell’s previous refusals.

“After another summer marked by gun violence, Americans have had enough of McConnell’s waiting game,” she said. “It’s time for him to finally allow a life-saving vote on House-passed legislation to expand background checks.” 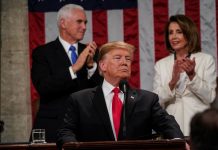 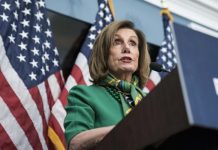 House committees release documents ahead of vote on impeachment articles