Imane Fadil, 34, a native of Morocco, had attended Berlusconi’s “bunga bunga” sex parties. She was to be a key witness against the former media tycoon, who at 82 years old is accused of bribing actresses, models and escorts to lie in court about the alleged sex parties.

Fadil was admitted to a Milan hospital last month with severe stomach pains, the Independent reported.

Fadil, who told friends and her lawyer she believed she had been poisoned, died on March 1, but her death was not announced until Friday. Prosecutors didn’t know she had died until one week ago, the Telegraph reported.

The Italian news agency Ansa reported toxicology tests found the model had been killed by a “mix of radioactive substances.”

“From seven years to zero — how is that possible?” Fadil told La Repubblica newspaper. “In Milan, in certain circles, it was often discussed that by going to bed with the prime minister one could earn money.”

Fadil had said she feared for her safety after telling prosecutors she was offered money in exchange for her silence about what went on at the parties.

Berlusconi was accused of paying $10 million to bribe women who attended those parties.

Around 25 other women claimed the parties were “elegant dinners.”

Berlusconi described the parties as “burlesque contests” and “theatrical spectaculars.”

Berlusconi, who was prime minister from 2008 to 2011, has announced he plans to run in the European Parliament elections in May. 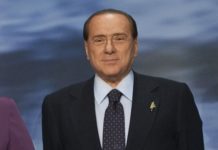 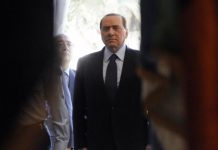