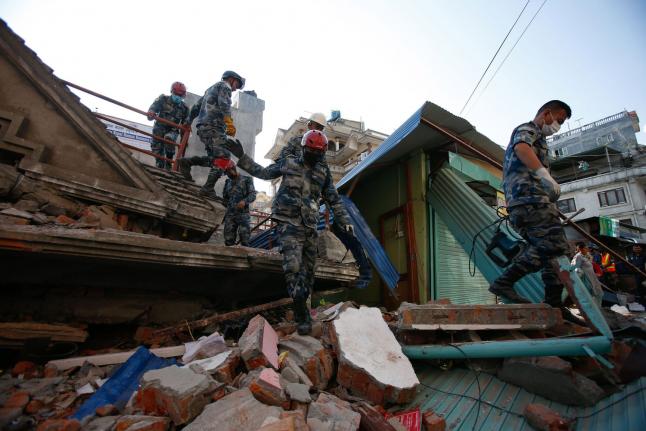 KATHMANDU, Nepal, May 25 (UPI) — Two seismic tremors struck Nepal Monday, a month after the country was rocked by a devastating earthquake, which killed at least 8,600 people.

Over one half million buildings across the landlocked and remote nation were damaged, and humanitarian aid agencies report some isolated villages have yet to be reached. The Nepalese government has said it will take over $7 billion, or one-third of the country’s gross domestic product, to rebuild, and little reconstruction is expected during the rainy season, expected to begin in June.

Although 20 countries have been involved in rescue operations, the United Nations reported it has received only one-fifth of the $415 million it requires for short-term aid; it added 1.4 million people are in immediate need of food assistance. The U.N. agency UNICEF said an estimated 70,000 children under the age of five, victims of the earthquakes, risk malnutrition.