Flynn, 60, pleaded guilty to lying to FBI investigators on December 1, 2017 — the first high-ranking Trump adviser to agree to formally cooperate with the special counsel’s probe. He is scheduled to be sentenced more than one year later, Dec. 18, by federal Judge Emmet Sullivan in the District of Columbia.

Flynn gave information to the special counsel “shortly after” he was approached, according to a memorandum by Mueller in aid of sentencing.

According to the filing, Flynn has sat for 19 interviews with the special counsel and the Justice Department.

He has assisted them “on a range of issues, including contact with individuals in the Presidential Transition Team and Russia.” A description of how Flynn helped in the Russian interference investigation is redacted.

“His early cooperation was particularly valuable because he was one of the few people with long-term and firsthand insight regarding events and items under investigation by the SCO [special counsel office],” according to the memo.

During the campaign, Flynn was a close adviser to Trump. He led a “lock her up” Hillary Clinton chant at the Republican National Convention because of how the Democratic presidential contender dealt with her emails while serving as secretary of state.

Flynn served in the start of Trump administration from Jan. 20 to Feb. 13.

Mueller’s memo said the lying offense is “serious” but noted “the defendant’s history and characteristics present mitigating and aggravating circumstances.” He served in the military for more than 33 years, including five years in combat, and led the Defense Intelligence Agency. He retired as a 3-star lieutenant general.

“The defendant’s extensive government service should have made him particularly aware of the harm caused by providing false information to the government, as well as the rules governing work performed on behalf of a foreign government,” according to the memo.

But Flynn “deserves credit for accepting responsibility in a timely fashion and substantially assisting the government,” Mueller added. 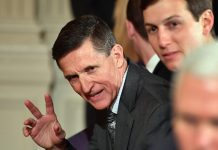 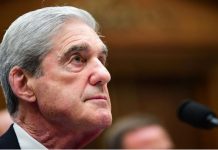