At least 18 of 23 states were reportedly affected by the power outage with the metro in the capital Caracas brought to a halt and the international airport submerged in darkness starting at around 5 p.m., El Nacional reported. 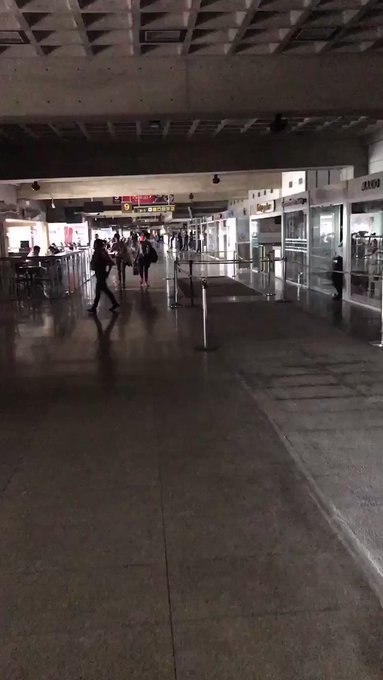 “This is part of a power war against the state,” the government-owned power corporation, Corpoelec, said in a tweet, stating its Guri hydroelectric station was “sabotaged” without providing evidence.

“The electric War announced and directed by American imperialism against our people will be defeated,” he tweeted. “Nothing and no one can beat the people of Bolivar and Chávez. Maximum unity of the Patriots!”

3,532 people are talking about this

Blackouts are not uncommon in Venezuela, which has been battling a worsening economic situation over the past few years. However, the magnitude of the blackout is unusual, the Washington Post reported.

Venezuela has been a tinderbox since early January when Venezuela’s National Assembly declared Maduro’s presidency illegitimate.

National Assembly leader Juan Guiado, who has been appointed interim president until new elections can be held, has the backing of some 50 countries including the United States.

Maduro has fought to hold onto the reins of his country, blaming the attempt at his ousting as a U.S. coup.

U.S. Sen. Marco Rubio, R-Fla., tweeted out an alert to the situation in South American country while condemning President Maduro.

“#MaduroRegime is a complete disaster,” he tweeted.