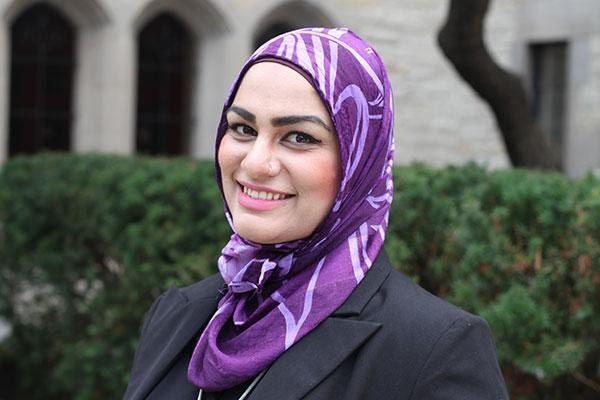 CHICAGO, June 1 (UPI) — A Muslim woman says she experienced discrimination on a United Airlines flight after she asked for an unopened can of Diet Coke.

Tahera Ahmad, a chaplain and director of interfaith engagement at Northwestern University, wrote Friday in a Facebook post that was on a flight from Chicago to Washington, D.C., when she asked for an unopened can of Diet Coke for “hygienic reasons.”

Ahmad says the flight attendant refused and told her that they were “unauthorized to give unopened cans to people because they may use it as a weapon.”

Ahmad says she confronted the flight attendant after she saw her give an unopened can of beer to a nearby passenger.

“I asked people around me if they witnessed this discriminatory and disgusting behavior and the man sitting in an aisle across from me yelled out to me, ‘you Moslem, you need to shut the f*** up,'” Ahmad said.

“I can’t help but cry on this plane because I thought people would defend me and say something. Some people just shook their heads in dismay,” Ahmad added.

In a statement, United Airlines called the incident a “misunderstanding.”

“The inflight crew met with Ms Ahmad after the flight arrived in Washington to provide assistance and further discuss the matter,” the statement read.

“Additionally, we spoke with Ms Ahmad this afternoon to get a better understanding of what occurred and to apologize for not delivering the service our customers expect when traveling with us. We look forward to having the opportunity to welcome Ms Ahmad back.”

United Airlines said it would discuss the incident with Shuttle America, the regional operator of Ahmad’s flight.

Ahmad’s claims inspired the Twitter campaign “#unitedfortahera,” with many social media users calling for a boycott of the airline.

“I logged over 130,000 miles with @United,” wrote one commenter. “Will take my biz elsewhere if #UnitedAirlines isnt #unitedfortahera.”

“I’m not flying @united until they issue a public apology,” wrote another.

Ahmad told the Chicago Sun-Times that the flight attendant apologized.

“The flight attendant also acknowledged that the man who yelled at me was wrong for doing so and apologized that her behavior led to that. She acknowledged it was unethical and said he never should have said anything,” Ahmad said.