James said the NRA has operated as a New York non-profit since 1871, even though its headquarters is in Fairfax, Va.

“The NRA’s influence has been so powerful that the organization went unchecked for decades while top executives funneled millions into their own pockets,” James, a longtime Democrat and former New York City councilor, said in a statement. “The NRA is fraught with fraud and abuse, which is why, today, we seek to dissolve the NRA, because no organization is above the law.”

LaPierre, who is one of the major focal points of the suit, is accused of using charitable funds for personal gain — including a post-employment contract valued at more than $17 million that was never approved by the NRA’s board of directors.

James’s office said the NRA fostered a culture of “self-dealing, mismanagement and negligent oversight” that was illegal, oppressive and fraudulent.

“They overrode and evaded internal controls to allow themselves, their families, favored board members, employees, and vendors to benefit through reimbursed expenses, related party transactions, excess compensation, side deals, and waste of charitable assets without regard to the NRA’s best interests.”

The organization, which has endorsed President Donald Trump for re-election, did not immediately respond publicly to the suit. Texas Attorney General Ken Paxton, however, responded with an invitation for the NRA to move its operations to his state.

“The NRA has been instrumental in defending our Second Amendment rights and we would welcome them with open arms to relocate to Texas,” Paxton tweeted. 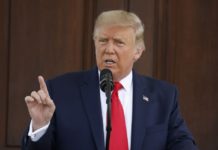