James was investigating the NRA for a lawsuit filed in August 2020 against the group and four of the organization’s current and former top executives over allegations of fraud and mismanagement of funds.

The NRA said in a counterclaim that the investigation was an unconstitutional, politically motivated, “witch hunt,” James noted in a statement.

“Today, the court reaffirmed the legitimacy and viability of my office’s lawsuit against the NRA for its years of fraud, abuse, and greed,” James said in the statement Friday. “For almost two years, the NRA has tried every trick in the book to avoid culpability for their actions, only to be repeatedly rejected by the courts. Our fight for transparency and accountability will continue because no organization is above the law.”

“The investigation followed reports of serious misconduct and it uncovered additional evidence that, at a bare minimum, undermines any suggestion that was a mere pretext to penalize the NRA for its constitutionally protected activities,” Cohen wrote in a 14-page ruling.

“Although certain of the attorney general’s claims were dismissed by the court on legal grounds, they were serious claims based on detailed allegations of wrongdoing at the highest levels of a not-for-profit organization as to which the attorney general has legitimate oversight responsibility,” he continued.

“And many legally viable claims remain. The narrative that the attorney general’s investigation into these undeniably serious matters was nothing more than a politically motivated — and unconstitutional –witch hunt is simply not supported by the record.”

An NRA attorney told Business Insider the group “will continue fighting for its members and the freedoms in which they believe,” and it’s reviewing its appellate options.

In March, Cohen tossed four out of 18 of James’ claims, including attempt to dissolve the gun rights group based on allegations its top executives disregarded non-profit rules by diverting millions of agency dollars for their personal benefit, but allowed the 14 other claims to move forward.

The NRA had also moved after the lawsuit was filed to change the venue of the lawsuit to Albany court, but last January, the New York County State Supreme Court ruled that the case be permitted to continue in Manhattan court.

The NRA filed for chapter 11 bankruptcy, but a federal bankruptcy court in Texas rejected its claims of bankruptcy last year, finding it “did not file the bankruptcy petition in good faith.” 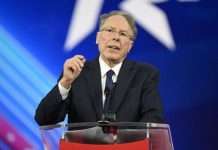 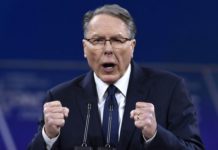