April 12 (UPI) — With the crippled Kepler almost out of fuel, NASA is preparing the launch of its newest planet-hunting spacecraft, TESS.

TESS, short for Transiting Exoplanet Survey Satellite, will be carried into space by SpaceX’s Falcon 9 rocket on Monday. With a little help from the moon’s gravity, the satellite will achieve a high Earth orbit, offering the probe wide, unobstructed views of the night sky. The probe will orbit Earth twice for every one lunar orbit.

While TESS’s scientific mission is largely the same as Kepler’s — to take images of exoplanets — the probe will use a different approach. Whereas Kepler focused on small fields of view for long periods of time, TESS will take a wider, more comprehensive view.

“TESS is designed to image almost all of the night sky — using four wide-angle cameras,” Natalia Guerrero, an MIT scientist and researcher on the TESS mission, told UPI.

TESS scientists have divided the sky into long strips called sectors. Each hemisphere contains 13 sectors, and over the next three years, TESS will survey them one by one — the Southern Hemisphere and then the Northern Hemisphere.

During each sector scan, TESS’s four cameras will capture 30-minute exposures. The four images will be stacked on top of each other by the satellite’s computer and transmitted back to Earth.

In addition to organizing the sky into sectors, TESS scientists have identified 200,000 especially bright stars likely to host transiting exoplanets. Each stellar target is highlighted by a so-called postage stamp.

Exposures of each postage stamp will be stacked on top of each other every two minutes and beamed back to Earth. These postage stamp observations are expected to identify planetary systems located much closer to Earth than those found by Kepler.

Data captured by TESS will go through the same image-processing pipeline used for Kepler observations. Basic algorithms will process images and identify the dimming patterns created when exoplanets pass across the face of their host star.

Scientists will review the transit events identified via computer analysis and highlight targets for follow-up observations.

“From the depth of the transit and the frequency light curve, we can back out the size of the planet and distance from its host star,” Guerrero said.

But, like Kepler, TESS is designed to survey the sky, not carry out in-depth investigations. Scientists will rely on other telescopes, both ground and space-based, to observe transiting objects in greater detail. Through follow-up investigations, astronomers will be able to estimate an exoplanet’s mass and the composition of its atmosphere, as well as its habitability.

TESS scientists will focus much of their analysis on the two-minute cadence of images of postage stamped targets, but the satellite’s biggest surprises may be more likely to be revealed by the full frame images. In addition to capturing transits, the full-frame images will record observations of thousands of stars.

“The full-frame images will serve as really rich repositories of data,” Guerrero said. “They will be made public and will be a wonderful opportunity for the astronomical community and really any interested parties.

“We’re very excited about the citizen science efforts that will be inspired by these images.” 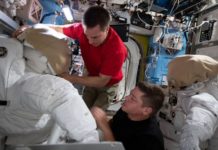 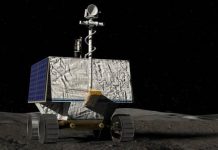