Dec. 16 (UPI) — Around 25,000 diplomats and ministers from almost 200 countries agreed Saturday on guidelines to govern the 2015 Paris climate accord after two weeks of talks in Poland.

After an all-night session in the southern city of Katowice, the 24th annual U.N.-sponsored event agreed on standards to report greenhouse gas emissions and efforts to reduce them.

The United States approved the deal despite President Donald Trump’s intention to abandon the Paris Agreement.

The agreement does not bind countries to hit their targets.

Richer countries must explain how they intend to help poorer nations cut down on emissions as well as install more clean energy or build resilience against natural disasters.

The 2015 accord set a target of keeping average global temperatures from rising by more than 2 degrees Celsius, or 3.6 Fahrenheit, but the details were not included at the time.

“We are driven by our sense of humanity and commitment to the well being of the Earth that sustains us and those generations that will replace us,” Michał Kurtyka, the Polish environmental official who presided over the the summit, said.

“Under these circumstances, every single step forward is a big achievement. And through this package, you have made 1,000 little steps forward together.”

But some delegates said the deal doesn’t go far enough.

“In the climate emergency we’re in, slow success is no success,” Durwood Zaelke, president of the Institute for Governance and Sustainable Development, said. “In an emergency, if the ambulance doesn’t get you to the hospital in time, you die. If the firetruck doesn’t get to your house in time, it burns down.”

In 2017, Trump said he intends for the United States to withdraw from the accord in 2020.

The United States, as well as Saudi Arabia, Russia and Kuwait, blocked official acceptance of a report in October warning of the dangers of not doing anything and instead backs fossil fuels.

The report from the Intergovernmental Panel on Climate Change said the world needs to cut current global emissions in half by 2030 or face dire consequences.

“If the Paris agreement is actually going to live up to that model of voluntary bottom-up commitments … ongoing ratcheting down of those commitments, then it has to happen at this first moment,” Lou Leonard, senior vice president for climate and energy at the World Wildlife Fund, said to Vox from Katowice. “And if it doesn’t happen at this first moment, then it will call into question whether this ratcheting will actually work.”

Also, a study was released last month that was produced by 13 U.S. agencies and more than 300 leading climate scientists warned of the potentially catastrophic impact of climate change. 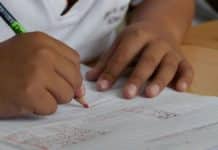 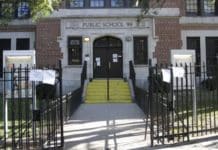 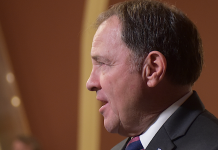