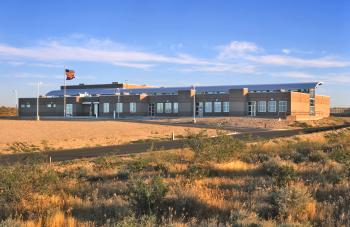 BEAVER DAM, ARIZONA – May 29, 2015 (The Spectrum) – Graduation day for 13 Beaver Dam High School seniors was put on hold last week after an investigation by school officials uncovered what they are calling “scoring irregularities” for an online class the students needed for graduation, said Mark Coleman, BDHS principal and superintendent of the Littlefield Unified School District as reported by TheSpectrum.com

Thirty-one seniors were originally listed as graduation candidates but only 18 students were awarded diplomas during the BDHS ceremony last Friday.

Thirteen of the other students will have to retake the online class where the “irregularities” were found or take an equivalent course offered by Primavera High School, a publicly funded charter school in Arizona serving grades 9-12, Coleman said.

As a result, Coleman said he began an investigation.

“When we were done with our investigation, we realized we had other kids who had done similar things with the same program, the online program,” Coleman said. “We found we had two students who had been able to come up with a teacher’s password that allowed them to have administrative rights and go in and change scores wherever they wanted.”

Rena Moerman, LUSD board president, said the incident has shaken the school and the community and the district is scheduled to discuss the matter at a meeting in June.

“We need to get to the bottom of this and find out how this happened and how we can prevent it in the future,” Moerman said. “Of course, Mark Coleman kept us (the school board) informed all along but I think we really need to discuss what happened. We’ll allow the public comment and I hope to get the community and public involved in this. We’re not trying to hide anything, all this has been done out in the open. We just want to help those kids graduate and correct the problem so it doesn’t happen again. We’ll get to the bottom of what happened and help them move on.”

Moerman said the goal of everyone in the district is help the students get diplomas.

Repeated calls for comment to Christine M. Thompson, executive director of the Arizona State Board of Education, were not returned.

Coleman said school officials do everything possible to help a student understand where they stand in the process.

“We send out letters, we make phone calls, we meet with parents in the school,” he said.

Then came the Monday meeting at which the three students were told there was little if any chance for them to graduate, in part because of a failure to satisfactorily complete an online class.

“Then we had a kid who came back on Tuesday morning and had a good part of that online class completed,” Coleman said. “It didn’t make sense to us. There was too much work that had been turned in, in a short period of time — from one day to the next. ”

Coleman said LUSD, like all others in the state, have a certain amount of work students need to complete for graduation. If a student does not complete the necessary amount of work, most often because they failed a class, the student must make up the work so he or she can graduate.

“In this particular case we had a situation where we had a student that had finished only 40, 45 percent of the total class on a Monday, and by Tuesday they had finished the entire class,” Coleman said. “See the red flag going up?”

He said that after a face-to-face conversation with the students, 10 admitted they had changed scores.

Although the other three didn’t admit to the changes, evidence proved otherwise and the district is requiring them to redo the online course, Coleman added.

But the principal said there’s more to it than just admitting the mistake.

“We obviously have some kids who have made a mistake,” he said. “We all make mistakes. Once it was identified we started taking steps to fix this and make sure it doesn’t happen again and then move forward.”

Coleman said the students always had the ability to make their own choices.

“When all is said and done, they can all get a diploma, they just didn’t get it as of last Friday,” he said.

Coleman said there are students willing to do whatever to get their diplomas, but there are those on the other side of the line.

“In a couple of cases, had the kids’ scores not changed, they would have passed, they were online to correctly pass the course,” Coleman said. “I think some kids just panicked. But it’s done.”

The students realized they had made a mistake, he said.

“Once they were honest, I told them we’ll do everything we can to help them get through this mistake,” Coleman said. “We had a couple of kids that claimed they hadn’t done anything, but what I can prove is that scores were changed. I didn’t know whether they had changed them or their friends had changed the scores for them. So I made it clear, I’m not here to accuse anybody. I’m here to say that grades have changed and I can’t give you credit for a course where we know the grades have changed.”

Coleman said with work the students can have their diplomas by the end of the summer, possibly sooner. But it’s not just the students who have work to do.

He said school officials could have done better, too.

“We need to do a better job of making sure we take care of things from our end,” he said. “We’ve already taken steps so we can keep this from happening again. Kids can try to cheat, but we would be much more able to determine it right on the spot as opposed to finding out well after the fact.”