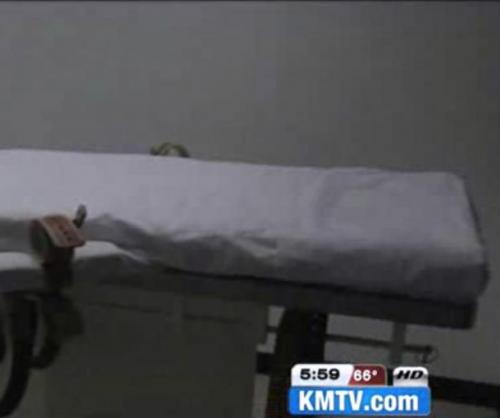 Nebraska’s Legislature voted 30-16 to move the bill to a final vote that would send it to the governor. Ricketts, a Republican, vowed to veto it, saying the repeal of the death penalty “puts the safety of the public and Nebraska families at risk.” The bill appears to have the 30 votes needed to overcome Ricketts’ planned veto.

“The death penalty in Nebraska remains an appropriate tool in sentencing the most heinous criminals. My administration has taken steps to fix management issues that have previously hindered carrying out the death penalty. Today’s vote by the Legislature is out of touch with Nebraska citizens that I talk to on this issue,” Ricketts said.

Friday, the American Civil Liberties Union of Nebraska filed a request to determine if the state acquired the drugs legally and ensure it did not violate federal import laws. The state paid some $54,400 for pancuronium bromide, used to cause paralysis, and thiopental sodium, used to induce sleep. The state previously purchased potassium chloride, which stops the heart.

“Nebraska’s past attempts to obtain lethal injection drugs have been legally suspect and full of problems including wasted taxpayer dollars and false promises. We are committed to holding state officials accountable,” said Danielle Conrad, executive director of the Nebraska ACLU.

The state currently has three inmates on death row who have exhausted all of their appeals.Assistant Attorney General Jim Smith said the state could move forward to seek an execution date.

Nebraska has not carried out an execution since 1997, when Robert William was executed in the electric chair. In 2009, the state switched to lethal injection, but has never used it.

Nebraska’s debate comes as the U.S. Supreme Court is examining whether midazolam, an anti-anxiety drug and depressant, violates the Eighth Amendment to the U.S. Constitution, which bans “cruel and unusual punishments.”

Midazolam has become the last-chance execution drug for many states. Beginning in about 2008, the pharmaceutical companies that make thiopental and phenobarbital — the first choice in execution drugs — cut back their availability for executions.