Jan. 6 (UPI) — For South Korea, the 2018 Pyeongchang Winter Olympics is an opportunity to showcase a hidden corner of the country with snow-blessed mountains and ski resorts.

But even before tickets went on sale for the Winter Games, the event was overshadowed by a very different kind of event: North Korea‘s multiple tests of ballistic missiles, including long-range rockets capable of reaching the United States.

Negative news began to dominate international coverage of the games: lagging ticket sales, and hesitation on the part of U.S. and French officials to take part in the event because of North Korea.

Even lack of preparation at a stadium for brutally cold weather seemed to take precedence over other preparations under way.

South Korea won the Winter Olympics bid in July 2011, when there may have been, according to analyst Caitlin Pentifallo Gadd, a “motivation from the International Olympic Committee to go places where the Winter Games hasn’t been before.”

“There has been bit of a preference, previously, in going places where the games haven’t been,” Gadd, a principal at Halcyon International Sport Event Consultancy in Vancouver, told UPI in a phone interview this week.

“Whereas now [there’s] a trend of retracting quickly, where the games are going to trusted previous hosts, in Los Angeles [for the 2028 Summer Olympics] for example,” the analyst said. “There’s a recoil happening, in the Olympic movement.”

While reasons vary across potential candidate countries for their waning enthusiasm, the current media environment and its impact on the 2016 Summer Olympics in Rio demonstrates why non-core countries, typically outside Europe and North America, may want to stay away from the limelight, Gadd said.

“I’ve never seen games where as much negative press attention was going into the lead up and during the games as we did in Brazil,” the analyst said. “We used to see a very carefully packaged and media-ready image but now, journalists are kind of going beyond mainstream press, mainstream television channels.”

Rio’s image suffered under the harsh light of media coverage, when it failed to clean up Guanabara Bay, which one press report from 2016 described as “covered by floating tangles of garbage and sewage,” in an area “surrounded on three sides by water laced with excrement.”

Even Olympic events in core “trusted host” countries are not immune to negative press coverage.

“I do remember with London, in the lead-up to the 2012 Games…the media headlines that dominated up until the opening ceremonies were terrorism and destruction,” Gadd said. “Every national paper was carrying these headlines.”

Attention-grabbing headlines may outweigh the symbolism of the Olympics, because there may not be another way to encourage a disinterested public to learn about the event.

“People are no longer interested in the Games as they once were,” Gadd said, adding that lack of interest extends to candidate cities, which have “fallen since the 2000s.”

Even time-tested cities that have “actually hosted the Olympic Games” are met with disapproval from local citizens who “overwhelmingly say ‘no’.”

“It’s certainly a turning point,” Gadd said, adding the Olympic movement cannot continue unfettered as it has previously. “There’s definitely change that will happen and is happening now.”

While fear of North Korea, recently allayed by conciliatory gestures from Kim Jong Un, and even ridicule of South Korea dominate headlines, the irony is South Korean citizens welcomed the prospect of hosting the games.

A South Korean newspaper survey taken in 2009 showed more than 90 percent of Koreans would support the Winter Olympics bid.

According to Gadd, the Olympics can still be sought after, because countries want to wield soft power.

“It’s one of the ways cities and nation-states can communicate their position and prominence in a kind of convenient package with a ton of media attention,” the analyst said, adding countries signal through the games that they “belong in the conversation.”

But it is still “really hard to ever know whether the Olympics pay off for anyone, especially when you consider the various significant investments.”

South Korea and private investors have poured an estimated $12.9 billion into the Winter Olympics. 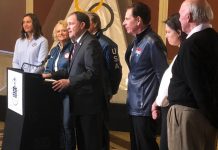