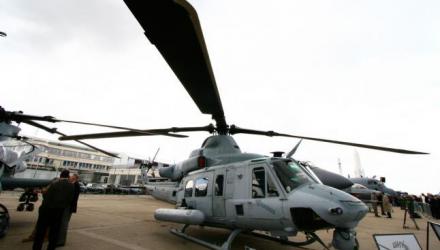 KATHMANDU, NEPAL, May 15 (UPI) — Three bodies have been found near the wreckage of a U.S. Marine helicopter that disappeared while on a relief mission in earthquake-ravaged Nepal, officials said Friday.

The helicopter, which was carrying six Marines and two Nepalese army soldiers, was found burned on the steep slopes of a mountain near Kathmandu. Officials said there was “no chance” of survivors. The U.S. Joint Task Force confirmed the wreckage was a missing UH-1Y Huey helicopter, but has not commented on the discovery of the bodies.

“The assessment of the site is ongoing and a thorough investigation will be conducted,” it said.

Several Nebraska media outlets reported the pilot of the aircraft is Nebraska native Capt. Dustin Lukasiewicz, 28. His family learned he was one of the Marines on board the aircraft shortly after it was reported missing.

The helicopter went missing Tuesday as it helped with relief efforts, delivering aid in the aftermath of the April 25 earthquake that killed thousands. Radio transmission indicates it was having a fuel problem.