July 26 (UPI) — Samsung will not give up on the Galaxy Fold after the product failed earlier this year — the company has made several improvements to the foldable screen and plans to launch it in September.

The top protective layer of the display now extends beyond the bezel so it’s clear that it’s an integral part of the phone and should not be removed. The device has other reinforcements that protect the device from external particles while still folding.

“Samsung has taken the time to fully evaluate the product design, make necessary improvements and run rigorous tests to validate the changes we made,” Samsung said in a statement. “Galaxy Fold completely re-imagines the smartphone, changing the way you interact, communicate and experience everyday life.”

Best Buy, Samsung and AT&T canceled their pre-orders so customers will have to order the phones again if they want one. Their credit card won’t be charged until the Galaxy Fold ships.

T-Mobile announced it will not carry the Galaxy Fold because the company already sells a wide range of smartphones. If someone brings an unlocked Galaxy Fold to T-Mobile it will work on the network. 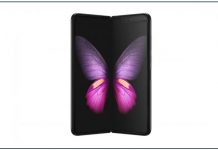 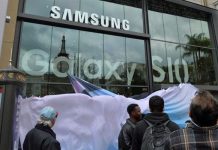 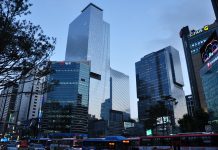