Aug. 26 (UPI) — Two adults accused of abusing 11 children at a compound in northern New Mexico will face new charges over an investigation into a child’s death, officers said.

New charges were filed against Jany Leveille and Siraj Wahhaj in the death of 3-year-old Abdul-Ghani Wahhaj, of Georgia, whose remains were found at an Amalia Compound near the Colorado border earlier this month, the Taos County Sheriff’s Office said in a statement posted to Facebook.

Under-Sheriff Steve Miera served arrest warrants supported by an affidavit on Leveille and Wahhaj on Friday while they were both in custody at the Taos County Adult Detention Center. The two new charges against each defendant include two first-degree felonies: abuse of a child resulting in the death of a child and conspiracy to commit abuse of a child. The charges carry a penalty of up to life in prison, if convicted.

The boy’s remains were found days after law enforcement raided the compound on Aug. 3 and said they found 11 other emaciated children and three women held there with two heavily armed men. Officers arrested the boy’s father, Wahhaj, and four other adults at the compound: Lucas Morten, Leveille and Siraj Wahhaj’s sisters, Hujrah Wahhaj and Subhannah Wahhaj — all on charges of abuse.

Abdul-Ghani had a medical condition since birth that caused seizures and required medication. His mother first reported him missing in early December.

“This has been a very involved and lengthy process, but it is the only lawful way to build a solid criminal case,” Sheriff Jerry Hogrefe’s statement said. “We now know the child died on December 24, 2017, and was concealed at the compound, which was suspected early in the investigation.”

Hogrefe also noted that detectives are working on “linking evidence to the other three adults who were located on the compound, and they are working with the District Attorney to bring additional charges as supporting evidence becomes available.”

The New Mexico Office of the Medical Investigator has yet to release a determination of an official cause of death, Hogrefe added. Additional developments in the case should be unveiled in coming weeks. 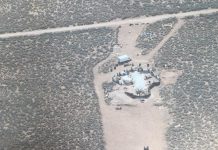 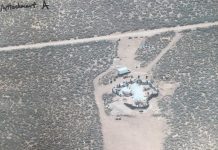