Sept. 12 (UPI) — New laws in Morocco that outlaw forced marriages, sexual harassment and other forms of violence against women took effect on Wednesday.

The change in the law also outlines prison terms of up to six months for anyone found guilty of sexual harassment in public places by use of words, acts or signals of a sexual nature.

The new laws also cover dissemination of false allegations, through cybercrime, telephone or broadcast, and ends the practice of forced marriage. It also supersedes the controversial 2014 “marry your rapist” law — that allowed those who sexually assault underage girls to avoid prosecution by marrying the children.

Although the new law criminalizes forms of violence against women, critics say it is still somewhat vague.

“Do we need witnesses for the law to be implemented against a harasser?” asked Bouchra Abdou, president of the Association Tahadi for Equality and Citizenship. “We still don’t have a complete idea about how this law is going to work.”

Global activist organization Human Rights Watch said in February, when the law was passed, it provides protections for survivors but includes gaps that also should be addressed.

“We will not stop here. This law is an asset but it has shortcomings that we have to work on.” said Samira Raiss, a Moroccan campaigner for the law. “We lack the appropriate tools to implement this law. In case of marital violence it is difficult to provide proof and we don’t even have shelters for victims.” 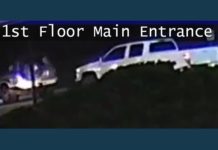