NICE, France, July 16 (UPI) — A 31-year-old delivery driver who was raised in Tunisia but lived in Nice was named as the driver of the truck that plowed through a crowded street in the French Riviera city, killing 84 people including 10 children.

Mohamed Lahouaiej Bouhlel was named as the suspect who also opened fire on the crowd during a Bastille Day celebration. Authorities said he has a criminal record but it is unclear if he acted alone. Investigators said he had previous run-ins with the police but is not affiliated with any known terror groups.

Paris Prosecutor François Molins said 202 people were injured in the attack and 52 were in critical condition. Of those, 25 were on life support. An official terrorism investigation has been opened. Molins said the attack “fits very well in the context of the cause made by the terrorist organizations in various videos and messages.”

About 10:30 p.m. Thursday, a box truck plowed into a crowd on the main street in Nice, Promenade des Anglais, where hundreds were gathered to watch the fireworks for France’s national day. The driver also fired on the crowd along the 1.3 mile route before being shot dead by police.

French President Francois Hollande, after visiting a hospital where some of the victims are being treated, called the attack “unspeakable.”

“We have an enemy who is going to continue to strike all the people, all the countries who have freedom as a fundamental value,” Hollande said.

Among the dead are two U.S. citizens, the U.S. State Department said. Sean Copeland, 51, and his son, Brodie, 11, of Lakeway, Texas, were vacationing in Nice with their family.

Four students from the University of California-Berkeley were in Nice when the attack happened. Three were injured and one remains among the missing.

About 80 students from the university were spending the summer in Nice as part of an IT business conference.

French Justice Minister Jean-Jacques Urvoas said Bouhlel has a criminal record that includes a conviction related to throwing a wood pallet at a motorist. He was given two months of parole, which he fulfilled.

Bouhlel has been described as a loner. He was divorced and has three children. His estranged wife is being questioned by police.

Earlier on Friday, French Prime Minister Manuel Valls declared three days of national mourning beginning Saturday for the victims. President Francois Hollande said in a televised address the attack had “undeniable” terrorist characteristics and said the deliberate use of a large commercial truck to mow down spectators was “a monstrosity.”

He announced the government would request a three-month extension of the state of emergency put into place after the November attacks in Paris that left 130 dead. It was set to expire July 26.

“France has been struck on the day of her national holiday,” Hollande said. “Human rights are denied by fanatics, and France is clearly their target.”

World leaders spoke out in response to the attack. The prime ministers of Australia, Belgium, Canada, Germany, India, Israel, New Zealand, Turkey and the president of the European Council, are among the many who condemned the attack on social media. Shaqki Allam, the grand mufti of Egypt, the country’s highest Muslim religious authority, called the attack “despicable” and said Islamic teachings “never called for bloodshed or the killing of innocents regardless of their beliefs and faith.”

“The only way for us is to cooperate with each other on all levels to confront this extremist thought that now threatens the entire world and is no longer limited to a specific region,” he said. 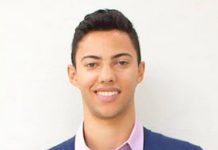