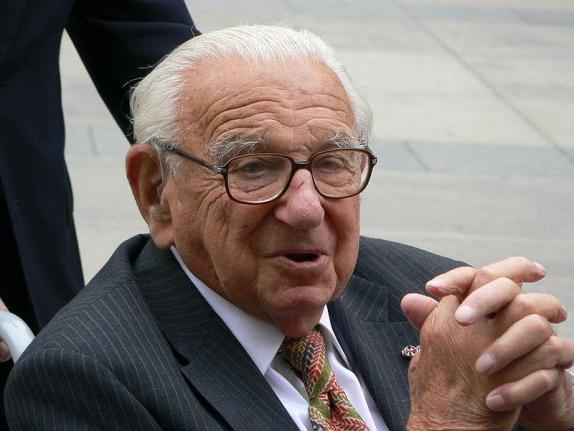 His fame as organizer of a campaign to remove 669 children from the path of the Nazi government as it overtook Czechoslovakia only came to light in 1988, when his wife found his scrapbook of names, dates and memorabilia in the attic of their Maidenhead, England home. The scrapbook, now in the Yad Vashem Holocaust museum in Israel, contained lists of bribes to Nazi officials, secret meetings with officials, train schedules for removing the children to Britain, forged entry permits and other documents.

After his efforts were noticed, first by local newspaper articles and later by world leaders who bestowed honors, the self-effacing Winton, a London stockbroker when he devised his plan, explained in a 2011 New York Times article, “One saw the problem there, that a lot of these children were in danger, and you had to get them to what was called a safe haven, and there was no organization to do that. Why did I do it? Why do people do different things. Some people revel in taking risks, and some go through life taking no risks at all.”

He was knighted by Queen Elizabeth II in 2003, and traveled to Prague in 2014 to receive the Order of the White Lion, the Czech Republic’s highest honor.

In the manner of a British rescue effort to save mostly Jewish children in Germany and Austria by bringing them to Britain, Winton organized a similar plan for Czechoslovakian children in 1938. While donations slowly were accumulated, much of his own fortune was spent on the idea, and trains full of children left Prague for their eventual arrival in England. One train, traveling the day of Germany’s 1939 invasion of Poland to start World War II, never arrived because of suddenly closed borders, ending Winton’s efforts.

The parents of the majority of the children died in concentration camps; those children rescued referred to themselves throughout their lives as “Winton’s Children.” He was honored with a statue in Prague’s railway station, and by a special train excursion in 2009 in which survivors and their descendants, numbering 6,000 people, traveled the route aboard a 1930s-era train. The final leg of the journey brought the travelers to London’s Liverpool Street Station, as it did in 1938, where Winton, at age 100, awaited them.