The NCDC’s weekly epidemiological report said there were 48,686 suspected cholera cases, 829 laboratory confirmed and 1,110 deaths across 29 states in the first 43 weeks of the year. During the same time period in 2017, there were 3,642 suspected cases and 84 deaths across 19 states.

The majority of 2018’s cases were spread across the northern states of the country with Adamawa, Borno, Katsina, Yobe, Zamfara, Bauchi, Kano and Gombe states the hardest hit.

The Norwegian Refugee Council cited congested displacement camps and limited access to sanitation facilities as a chief cause of the boom in cases this year.

“One of the major causes of the outbreak is the congestion in the camps that makes it difficult to provide adequate water, sanitation and hygiene services. The rainy season has also worsened the conditions,” said Janet Cherono, NRC’s program manager in Maiduguri.

The NRC called on officials to provide more space for camps and the construction of new water and sanitation facilities.

Cholera is a bacterial intestinal infection spread by contaminated drinking water or food. Symptoms include diarrhea, vomiting, circulatory collapse and shock, the U.S. Centers for Disease Control and Prevention says. 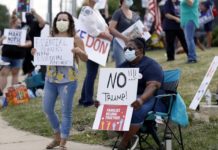 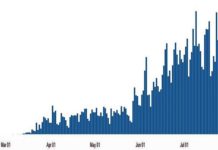