The Petroleum Safety Authority of Norway published the results of a December audit of development and production plans for the Johan Sverdrup field in the North Sea. The PSA said its latest audit focused on pipeline plans from field operator Statoil and Italian oil and gas industry contractor Saipem, which is responsible for performing pipeline installation.

“No non-conformities were detected during this audit,” the regulator said.

The PSA said, however, that Statoil has until Feb. 15 to address issues found in how it plans to perform verifications at various stages of the development and production process.

In audit results published in early January, the PSA found few issues with Statoil’s procurement processes and the fabrication of parts of the infrastructure that will be used for production from the Johan Sverdrup field.

Norway is among the leading oil and natural gas suppliers to the European economy apart from Russia. Preliminary data for November, the last full month for which data are available, show an average production of 2.15 million barrels of oil, natural gas liquid and an ultra-light product called condensate, which is about 2 percent higher than figures from October.

Developed over a series of phases, operator Statoil said the Johan Sverdrup oil field should account for up to 25 percent of total Norwegian petroleum production once at peak capacity.

Contracts worth more than $5.7 billion have been awarded for the project so far, with more than 70 percent of them going to Norwegian companies. 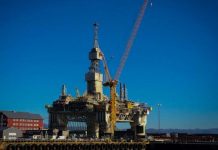 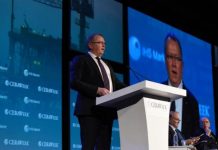