STOCKHOLM, Sweden, Oct. 5 (UPI) — The 2015 Nobel Prize in Physiology or Medicine has been awarded to three scientists who have saved millions of lives for developing effective drugs fighting parasitic diseases.

This year’s Nobel laureates developed therapies that “revolutionized the treatment of some of the most devastating parasitic diseases,” the Nobel Assembly said in a statement released Monday.

“The Nobel Assembly at Karolinska Institutet has today decided to award The 2015 Nobel Prize in Physiology or Medicine with one half jointly to William C. Campbell and Satoshi Ōmura for their discoveries concerning a novel therapy against infections caused by roundworm parasites and the other half to Youyou Tu for her discoveries concerning a novel therapy against malaria,” the statement reads.

Campbell, an Irish-born expert in parasite biology working in New Jersey’s Drew University, and Ōmura, a Japanese microbiologist and expert in isolating natural products, developed the drug Avermectin, which radically lowers the rate of the parasite-induced diseases of river blindness, or onchocerciasis, and lymphatic filariasis.

River blindness causes chronic inflammation in the cornea, which ultimately leads to blindness. Lymphatic filariasis afflicts more than 100 million people worldwide and causes chronic swelling that leads to “life-long stigmatizing and disabling clinical symptoms,” such as elephantiasis, or Lymphedema, which causes extreme swelling in the arms and legs.

Avermectin has also been shown to efficiently fight against other parasitic diseases. Parasitic worms, helminths, are estimated to afflict about 2.3 billion people worldwide. They are particularly prevalent in sub-Saharan Africa, South Asia and Central and South America.

Malaria infects nearly 200 million people each year. Artemisinin is used worldwide and has been shown to reduced malaria mortality rates by more than 20 percent in adults and more than 30 percent in children when used in combination therapy.

Artemisinin is credited with saving more than 100,000 lives in Africa each year.

“Diseases caused by parasites have plagued humankind for millennia and constitute a major global health problem. In particular, parasitic diseases affect the world’s poorest populations and represent a huge barrier to improving human health and wellbeing,” the Nobel Assembly adds. “These two discoveries have provided humankind with powerful new means to combat these debilitating diseases that affect hundreds of millions of people annually. The consequences in terms of improved human health and reduced suffering are immeasurable.”

The Nobel Assembly is expected to announce other prizes throughout the week. 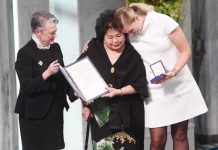 Nuclear war could be a ‘tantrum away,’ says head of Nobel Peace Prize-winning ICAN 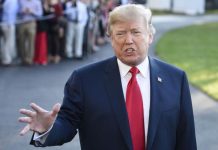 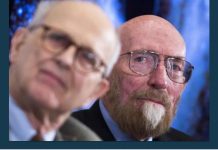 Utahn, 2 other Americans win Nobel Prize in physics for work on gravitational forces