Foreign Minister Ri Yong-ho made the remark at an impromptu press conference at his hotel in Hanoi, hours after a summit between North Korean leader Kim Jong Un and U.S. President Donald Trump failed to produce an agreement.

Ri said the North is specifically seeking the lifting of sanctions under five United Nations Security Council resolutions adopted in 2016 and 2017.

He said those measures were particularly damaging to the North Korean people’s livelihoods.

His remarks contradicted Trump’s statement that he cut the summit short because the North Koreans wanted sanctions to be lifted in their entirety, an offer he couldn’t accept.

“[We offered] to permanently and completely dismantle all nuclear material production facilities in Yongbyon, including plutonium and uranium, in the attendance of American experts and through joint operations of the two countries’ technicians, if the U.S. lifted a portion of U.N. sanctions, in other words, those disrupting the private economy and the people’s livelihoods,” the foreign minister said.

Given the current level of trust between North Korea and the United States, that was the largest denuclearization measure conceivable by the North, he added.

At the summit, the North Koreans also offered to put in writing a pledge to permanently halt their testing of nuclear weapons and long-range missiles “to ease U.S. concerns,” according to Ri.

But the United States, he said, insisted that the North take “one more” step beyond the dismantlement of the Yongbyon facility, a clear indication that it’s not ready for a deal.

A building of trust will help accelerate the North’s denuclearization and Pyongyang’s position won’t change even if the United States pushes for further talks, he added.

“I got the impression that our State Affairs Commission Chairman comrade may have lost his enthusiasm for a deal between the North and the U.S. down the road,” she said. 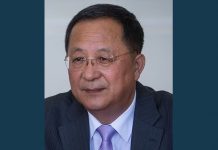 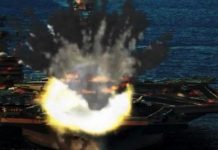