May 30 (UPI) — Newly built residences are being promoted in North Korean state media, following recent pledges from Kim Jong Un to his people that he would focus on developing the economy.

“Construction has begun on more than 2,000 residences in the Pyongyang International Airport zone,” the newspaper stated.

Work has begun on a “sub-network” for a 10-square-kilometer area of land that has been “cleared beyond recognition,” in addition to about 10,000 square meters of land reserved for the housing, the Rodong stated.

The newspaper added “roof construction, interior and exterior walls” are being “dynamically promoted” by authorities.

Pyongyang may be turning to economic activities as the focus of policy following the dismantlement of its nuclear site at Punggye-ri.

The demolition was published in state media last week, but the actions taken were initially met with skepticism, Daily NK reported Saturday.

Speaking on the condition of anonymity, one source in North Hamgyong Province told the South Korean news service the “majority” of locals doubted the dismantlement would truly disable the site.

“We did think the detonation would only affect a small part, but many are now saying the explosion’s impact was greater than surmised,” the source said, adding ordinary North Koreans thought it was “fascinating” foreign reporters flew into the country to witness the dismantlement.

A source in North Korea’s Yanggang Province said the site was a source of fear, because North Koreans worried their children could be conscripted to serve at the site, where soldiers sometimes returned after being exposed to radiation.

The dismantlement has reduced those concerns, according to Daily NK. 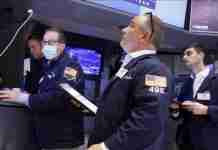 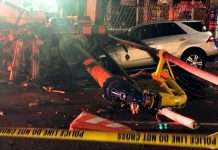