March 4 (UPI) — The winter storm in the Northeast continued to pound the region’s coast Saturday after it already resulted in seven deaths and about 2 million homes and businesses losing power. 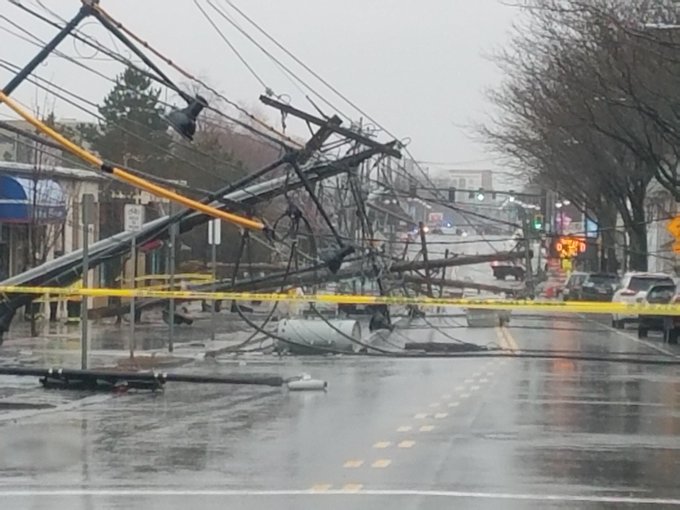 Coastal flooding and strong winds are expected to continue through the weekend until the storm pulls away from the New England area, according the National Weather Service in Boston.

Emergency crews rescued people trapped amid floods in vehicles in Quincy, Mass., and high waves battered the nearby town of Scituate, leading to evacuations of more than 1,800 people.

Bob Murdock, a photojournalist at WFXT Boston 25 News, is also tweeting to his followers where to find gasoline, which is needed to power generators.

“SCITUATE: Rt 3A Sunoco has generator to power their pumps. CASH ONLY, no Ccard connections available. Residents tell me they think they will be without power for several days, need fuel for home [email protected]”

Nearly 4,000 domestic flights have been canceled since the storm’s arrival Friday, according to the flight-tracking website FlightAware, and Amtrak train service was shut down between New York City and Boston, and along the Washington-Maryland corridor.

Meanwhile in the West, a strong storm system moved through on Saturday, bringing more rain to the California coast and more snow from the Sierra Nevada Mountains to the northern Rockies.

California’s Mammoth Mountain recorded 48 inches of snow during the last three days and could receive another 12 inches before the storm moves out of the western U.S.

Southern California could see heavy rainfall on hillsides that could cause flooding. In higher elevations near Los Angeles, snow totals of up to 18 inches are expected.